The hinterlands of the French Riviera are absolutely outstanding both in terms of natural beauty and architectural splendour and give an extra depth to a visit to this beautiful part of the world. Each valley has its own particular character, none more so than the Roya river valley that stretches in the extreme eastern part of the Maritime Alps, between France and Italy. A summer visit is an ideal way to escape the summer heat and there are some absolute gems, such as La Brigue, a medieval village tucked away just off the main road, and Notre Dame des Fontaines, also known as the “Sistine Chapel of the Southern Alps” thanks to its beautiful 15th century frescoes, which I will be covering in this article although there is much more to see.

This excursion that can easily be done in a day from the coastline in Nice or Monaco or else on the way up to Turin and Piemonte in Italy and will enable you to discover some spectacular mountain scenery without having to take any difficult mountain roads, whilst enjoy some great food and drink and simply enjoy the culture shock compared to the busy resorts of the coastline.

Some quick background information about the Roya valley

The Roya is a rather short, 59km long mountain river originating in the French Maritime Alps just before the Col de Tende: it winds its way down towards the coast past the French villages of Tende, La Brigue, Saorge and Breil sur Roya before crossing into Italy and finishing up in the Mediterranean in the centre of Ventimiglia.

The Roya valley however is much more strategic than its length suggests as it has always been the fastest route linking the large cities of Piemonte, especially Turin, to the Mediterranean coast and to Nice. This was already the case in medieval times when the road up the valley was known as the “Route du Sel” (the Salt Road), because it was used by salt merchants from Provence to travel up to Northern Italy. The valley also came to be known as the Baroque route because the wealth brought by all this cross-border trading led to investment in churches during the 17th century and some splendid religious architecture that still exists to this day.

Nowadays, the route down the valley is frequently used by Italians eager to get to the French Riviera from Piemonte and is therefore pretty busy – if you carry on north past Tende, the route climbs up the side of the mountain and reaches the Tunnel de Tende, an ancient tunnel cutting across a mountain pass that was heavily guarded by 19th century fortresses, before crossing the border into Italy and reaching the towns of Limone Piemonte and Cuneo, which are also worth visiting as I will explain in one of my next articles.

La Brigue is one of the last villages you will find heading north from Ventimiglia towards Tende, it is actually located on the Levenza river, 2km from the actual Roya. I have always found something totally unique about the character of this village which is large enough to use as a base in the evening but small enough to properly explore in a few hours, surrounded by high mountains and lots of lush vegetation. Tende, la Brigue and the countryside around them were part of Italy until 1947 when they joined France in the post-war Treaty of Paris, so this cultural mix is probably what makes the atmosphere unique. You’ll also notice plenty of Monaco number plates on the cars, this is because a great number of Monegasque residents and nationals have secondary houses in this lovely area located only 90 minutes’ drive from the Principality.

Chapel of the Assumption

Here are some highlights of what to do during a one-hour stopover to optimise your visit to the village: 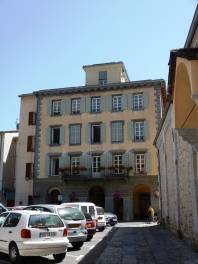 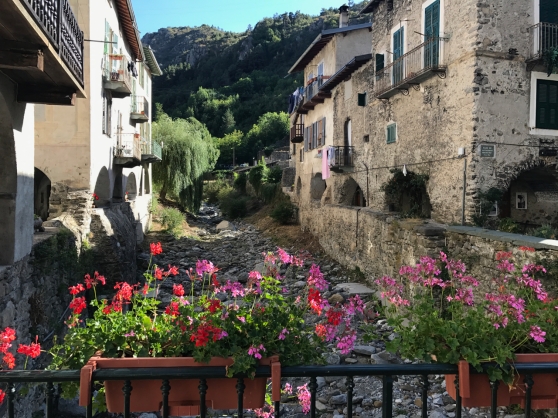 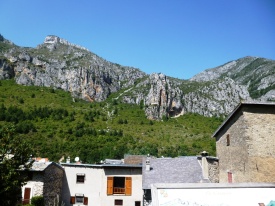 Also, in July each year, there is a rather famous Medieval Festival which is worth checking out as it highlights the historical heritage of the village, I’ll try to attend it next year.

After visiting la Brigue, drive or hike 4km through some very bucolic countryside scenery surrounded by mountains (note the very original Pont du Coq, an old stone bridge at a right angle) to the secluded and wooded setting of the Notre Dame des Fontaines chapel, which is no doubt one of the top highlights of the whole valley.

From the outside, the chapel doesn’t look like much – basically it’s just a church hidden in the forest, albeit with the highest peaks of the Southern Alps looming just above. The back story is that once upon a time, the sources providing la Brigue with drinking water dried out, perhaps after an earthquake, so the inhabitants prayed to the Virgin Mary and obviously (and miraculously), the water came back. To say thanks for this miracle, the locals built the small chapel in the location of the sources, hence the name “Our Lady of the Fountains”.

In the late 15th century, so just at the start of the Renaissance period, two Piemontese painters, Jean Baleison and Jean Canavesio, decided to decorate the chapel in an incredibly ornate and dynamic way, with wonderful frescos detailing the life of the Virgin Mary and then that of Jesus. What is amazing is that most of the frescoes remain intact from the time and have not been repainted. The frescoes were inaugurated on 12 October 1492, coincidentally the very day that Christopher Columbus first spotted land in the Americas…

When you get into the chapel (after paying the 4€ entrance fee that covers the conservation of the place), the main reaction upon seeing the tiny chapel interior covered with colours is “Wow!!!” and it’s hard to know where to start visiting. So here are some tips about how to enjoy the paintings in chronological order: 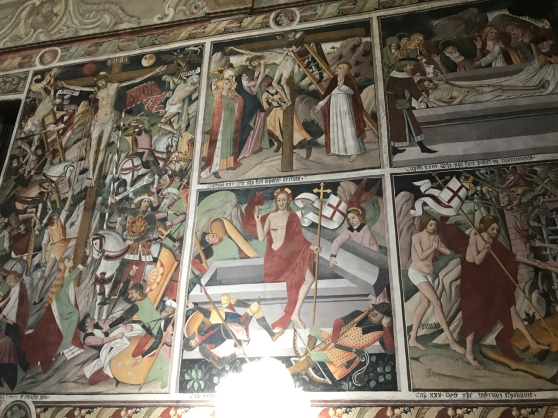 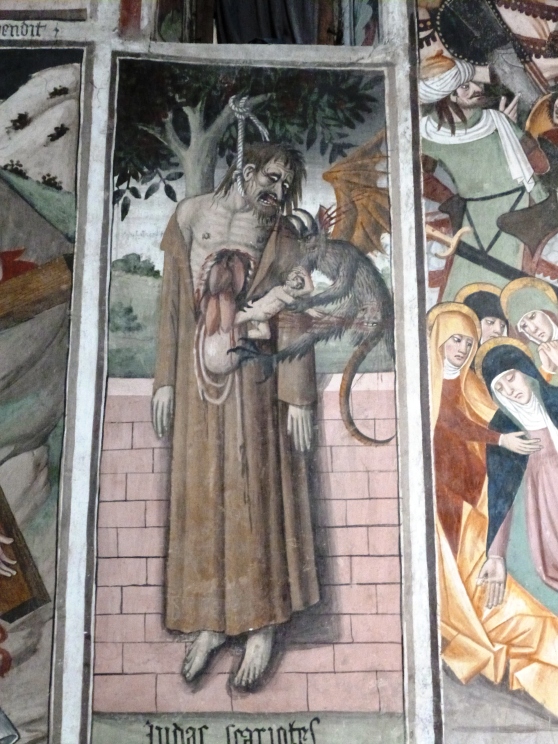 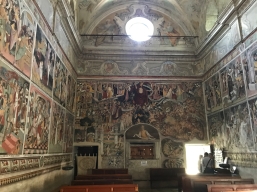 Once you are done with the visit of the inside of the chapel, have a walk around the forest nearby and take the steps down to see the “magical” sources in question, whilst breathing in the fresh air! 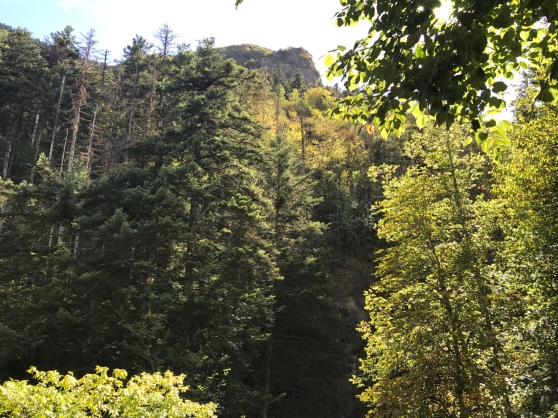 On a practical note, watch out for the opening hours on this link: it’s open every day in the morning 10am to 12.30pm and afternoon 2pm to 5.30pm (it’s closed during the lunch break) from 15 April to 15 October. Outside of this period, you need to book in advance so make sure you plan your day accordingly as you don’t want to be disappointed.

How to get there:

After visiting these two beautiful locations which can be explored in half a day, there are several ways to carry on your journey:

I hope you have as wonderful a time as I did discovering these gems – my first visit was in 2002 and when I have friends over for a few days, I always travel up here. Let me know if you have any feedback or comments and feel free to share your experiences either here or on the French Riviera Blog Facebook page!

10 thoughts on “The Sistine Chapel of the Southern Alps: exploring Notre Dame des Fontaines and medieval La Brigue in the upper Roya valley”

© Kevin Hin, French Riviera Blog, 2005-2014. Unauthorized use and/or duplication of this material without express and written permission from this blog’s author and/or owner is strictly prohibited. Excerpts and links may be used, provided that full and clear credit is given to Kevin Hin and The French Riviera Blog with appropriate and specific direction to the original content.
%d bloggers like this: