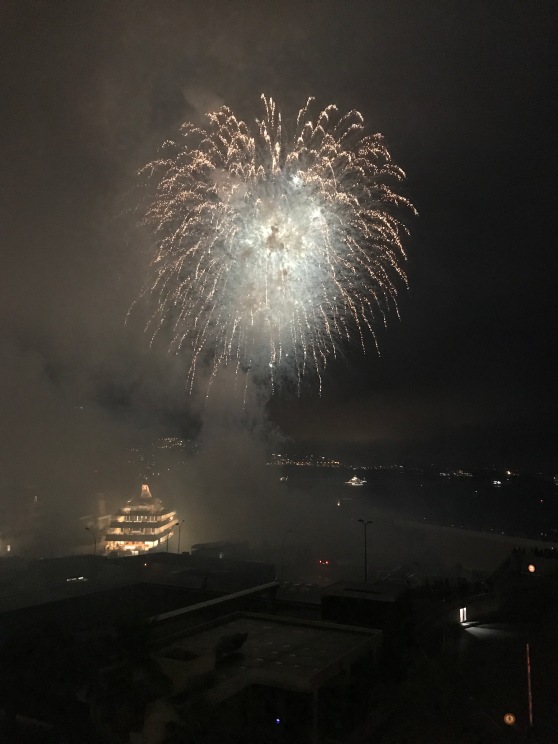 Every summer all across the French Riviera coastline, the night sky is lit up by hundreds of spectacular colours and festive bangs to celebrate the balmy weather and the holiday season. The Principality of Monaco is no exception, since pretty much every evening around midnight, a short fireworks display is launched during the Sporting Club summer festival after each concert for the benefit of the viewing public who have paid for the privilege.

But in terms of fireworks, the centrepiece remains the Monaco International Fireworks Competition (officially the “Concours international de feux d’artifice pyromélodiques de Monaco”) which blocks off the whole town for 20 minutes of magic set to synchronised (the organisers hope!) music, highlighting the talents of fireworks artists from all around the world – obviously everything is free!

For the 2017 edition, two of the shows, by France and Austria, have already taken place and there are still two more, with the USA showing their prowess on Saturday 5 August and Australia on Saturday 12 August, both at 9.30pm. As usual, the fireworks will be launched from the big semi-floating jetty on the southern side of Port Hercule by the cruise terminal.

If you are interested in watching the next two sessions, here is some practical advice about the best places to watch from are:

Here are some photos I took from the first two shows in July this year, you can also see some of the videos I shot live on the French Riviera Blog Facebook page. The first one was viewed from Larvotto Beach and the second from my flat, with a real close-up! 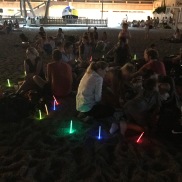 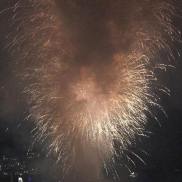 For those interested in the historical context, the competition is organised by Monaco’s city council (la mairie) and was set up in 1966 to celebrate the 100th anniversary of the founding of Monte Carlo and to deliver a festive atmosphere for the summer, making it the oldest such festival on the French Riviera although there is a similar one in Cannes.

In 1996, the musical component was added and the competition became “pyromélodique” as opposed to simply “pyrotechnique”, synchronising the fireworks to specially selected music.

Each company wishing to compete needs to apply to the council, no costs are covered but they are paid 30.000€ per show. The third party insurance cover they need is enormous: 7.6 million euros for personal injury and 2.3 million euros for material damage. The jury is made out of members of the city council including the mayor of Monaco as well as artists and professionals and the judging criteria include the choice of music, the power of the final bouquet and the general show quality. The public can also vote online to have their say after each show. The winner gets a cheque of 10.000€ and lots of special recognition in the industry to increase their business.

For more information in English about the competition, see the Mairie de Monaco website.

Wishing you a spectacular time enjoying the fireworks this summer and don’t hesitate to leave me some feedback below or on my Facebook page about how you enjoyed them and whom you think deserves to win!

6 thoughts on “Summer on the French Riviera – the Monaco international fireworks competition, a practical guide”