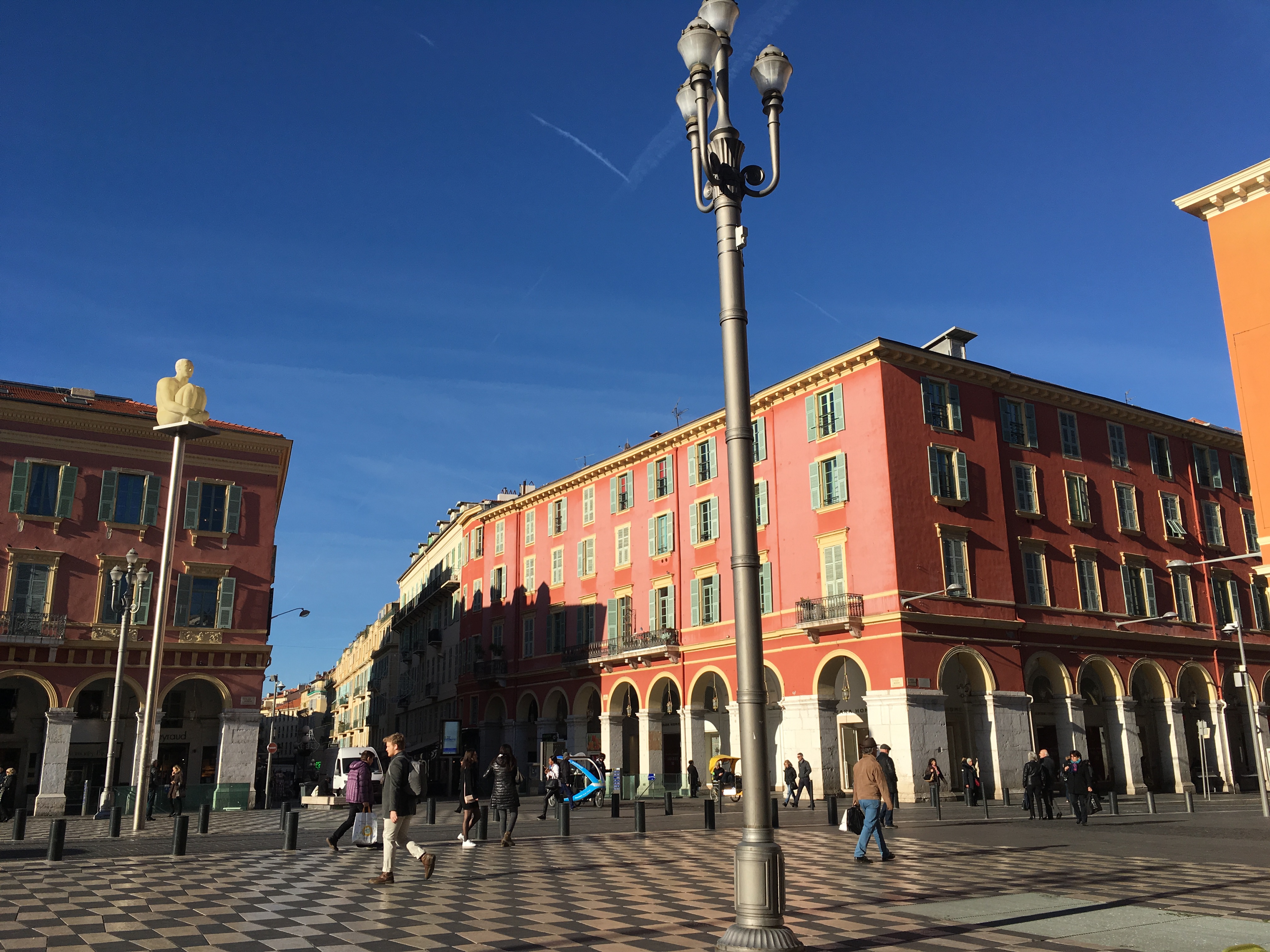 Place Massena in Nice early on a January morning, bathed in the winter sunshine… The main square of Nice, located just 2 minutes from the Promenade des Anglais, is named after André Massena, duke of Rivoli, a Napoleonic general born in the city in 1758 when it was still part of the Kingdom of Sardinia. Built over the mouth of the Paillon river on the ancient location of the “Pont Neuf”, it achieved its current look in 2007 when it was pedestrianised for the construction of the Nice tram line and is now the major hub of the city and where most major events take place, such as the Carnival in a couple of weeks. Some people dislike the modern sculptures (which are undoubtedly a hub for bird droppings!) but I personally like the cleaner appearance of the current square and feel that it really represents the vibes of this unique city. Read more about Nice in the essential guide of Nice in a nutshell.